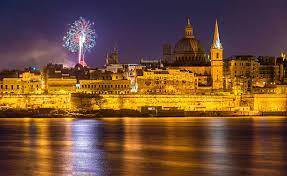 A private evening cruise of the Grand Harbour of Valletta

An evening cruise of the Grand Harbour of Valletta

Malta is an Island that is bursting rich in history as well as some pretty amazing sights. The evening cruise of the Grand Harbour is a spectacular way to see the Capital city of  Valletta and her many creeks and forts. When the summer season draws in, opt for an evening cruise. Perhaps a personal chef on board, BBQ options, there is so much flexibility. Romantic cruises are available, especially if your are looking for “just the two of us” Evening cruises are available all year round and are also a great way to celebrate a special occasion with a group of family or friends. Watch the fireworks from the many festas!  Corporate guests are welcome, tailor-made especially for you. 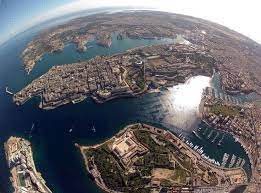 This fort is located in the centre of the Grand Harbour and was originally built in the medieval period and known then as a Castle called “Castrum Maris” meaning Castle by the sea.  Between 1530-1560’s the fort was rebuilt by the order of St John. During the great siege of Malta the fort became famous as the Orders’ headquarters. The fort sustained heavy damage in World War II and was later restored.  Since 1998 Fort St Angelo is on Malta’s tentative list of UNESCO World heritage sites.

If you are a “Game of thrones” fan, this was called “Red Keep Dungeons.” One of the scenes is where Ned Stark lived his final days before being decapitated by Joffrey. 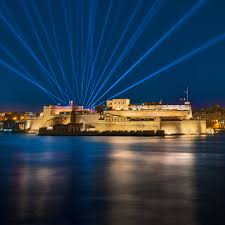 Fort Rinella or aka Rinella battery was built between 1878-1886. This Victorian fort boastfully accommodates the worlds largest cannon. The cannon is one of the two existing “Armstrong” 100-ton guns. Fort Rinella sits East of the mouth of the Grand Harbour. During WWII the Navy used the fort to store necessities and took 7 bomb strikes.

The fort also hosted blockbuster movies such as “Gladiator” “Troy” and “Assassins Creed” amongst others. 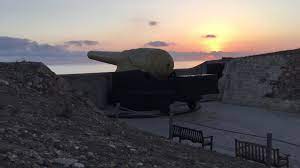 A star fort that divides the Marsamxett and Grand Harbour also known as the Upper St Elmo and also had a role in the Great Siege of Malta 1565. The fort has been modified numerous of times since the first build between 1552 – 1570’s. In the 19th century, under the British, ruling a musketry parapet was built. Here at this fort, in 1917 the first heart operation had to be initiated on a soldier. 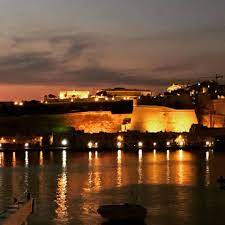 Valletta is a peninsula that is surrounded by sea and yet there are no real sandy beaches and due to the sea surrounding Valletta this ensures mild winters. As the sun is setting Valletta looks striking as she lights up the vicinity. On your evening cruise you will enjoy seeing St Pauls Pro-Cathedral. The Cathedral’s steeple is a landmark in her own right. From the Marsamxett harbour you can see this towering steeple which is currently in restoration. The first Chancellor was John Cleugh from 1844, up till now Simon Godfrey is the Chancellor and has been since 2009. From the Grand Harbour you will see the Three cities, three fortified cities: 1. Cospicua 2. Birgu and 3. Senglea. A variety of cruise liners frequently stop here, sometimes you can see 2 or 3 lined up, the view is amazing. 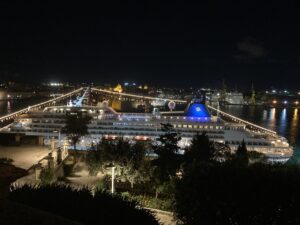 The upper Barrakka gardens hosts the Saluting Battery, which is mainly now used for firing ceremonial gun salutes and signals. Many boat/yacht races such a the Rolex Middle sea race among others start close by. During the blockade of 1798 – 1800 the Saluting battery witnessed military usage and also in WWII. In 1954 the British removed the guns and up until that point, it remained an active Military installation. The Guns have been replaced with eight replicas of SBBL 21 – pounders. The guns are fired daily at 1200 and 1600 hours and continue to this present day.

From 1526 the Marsamxett harbour was used for quarantine reasons. Between 1592 and 1593, a plague had taken place and a temporary lazzareto was built on the Island in the middle of the harbour, this island was then known as Isolotto. The island is known today as Manoel Island and during another (minor) plague in 1623 the island was used to isolate patients. The then Grand Master of the Order of St John, Giovanni Paolo Lascaris decided it was time to build a permanent lazzaretto in fear of another epidemic. The Lazzeretto was also used as a hospital with plenty of work due to cholera and more plague epidemics. During the Crimean war, the British, French and Italian soldiers saw the hospital serve as a military Hospital, remaining so until 1939.  Between 1941-1942 it was used as a submarine depot. In 1949 the lazzeretto opened again as a hospital until 1970.

Today the Lazaretto is in a state of despair and neglect, however this is set to be restored by a development company in the future. 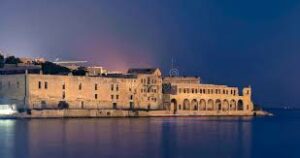 Malta enjoys plenty of festa’s in the summer months, book an evening cruise to see a private show of fireworks. 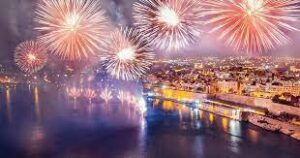 For more details about an evening cruise, please contact us, we are always happy to quote you for your personal request.

Our full range of charter yachts are listed here on our website: www,tradermarine.com.mt 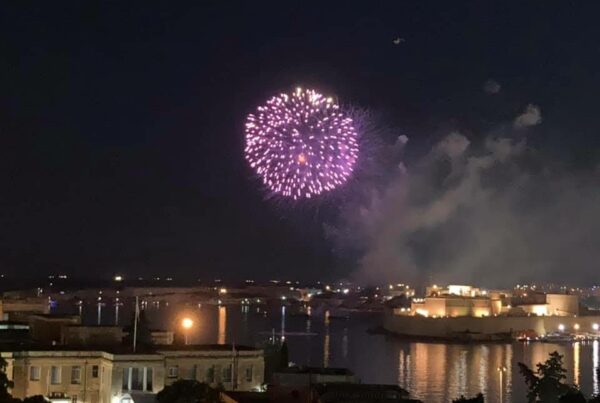 Malta is one destination with three Islands to explore 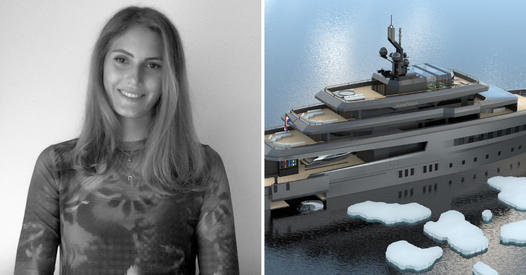 Who will be the Young designer of the year 2021? 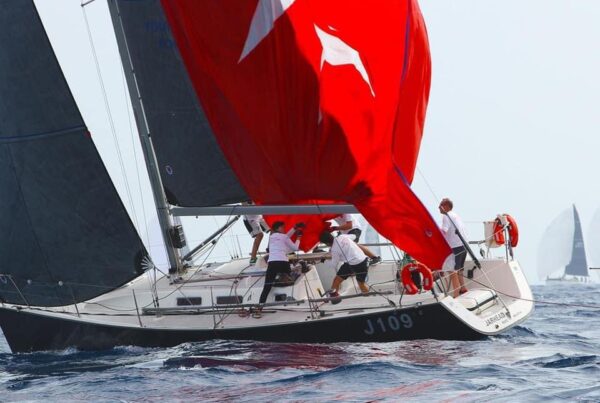 We can’t direct the wind, but we can adjust the sails – Jarhead Young Sailors Foundation speaks to us at Trader Marine